Arsenal have the chance to go third in the table if we beat Manchester United at Old Trafford on Monday night. This is the line-up I’d like Unai Emery to select…

Martinez is going to provide Leno with solid competition this season as he looks to have really stepped-up his game, however, he needs to prove himself over a longer period if he’s to claim the No.1 shirt. So I’d stick with Leno.

Arsenal have been boosted by the return of some key defenders as Bellerin, Holding and Tierney all played against Nottingham Forest in the Carabao Cup last week. Bellerin only got 15 minutes under his belt and played for the U23s on Saturday so he won’t be involved against United.

However, Tierney and Holding were left out of the U23s team as they drew with Liverpool yesterday so it looks like they’ll be included in Emery’s squad tomorrow and I would start them both. We’ve seen already in just 77 minutes against Forest that Tierney is miles better than Kolasinac and Holding adds a calm presence in the middle of defence.

I’d drop Luiz with Sokratis keeping his place alongside Holding. Luiz has been a bit of a nightmare signing so far and Sokratis was forming a solid partnership with Holding before his injury last season.

Chambers has made a real claim for the right-back slot after an excellent performance against Forest. Usually I’d like to see him keep his place but I’d worry about him being up against the pace of Daniel James. Therefore, I think it’s best we go with Maitland-Niles against Man Utd. 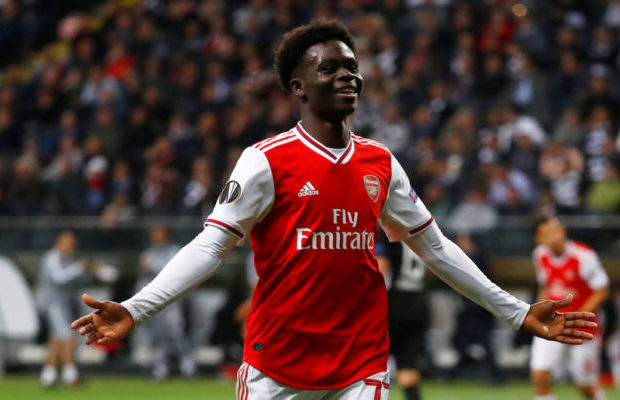 Xhaka has been confirmed as Arsenal’s new captain which suggests he’s going to continue to be a regular under Emery. I’ve made my feelings clear on this all season – Xhaka is a liability and shouldn’t be starting for Arsenal on a regular basis.

I think we’d be far more solid if Torreira protected the defence with either Guendouzi or Willock alongside him. Guendouzi should certainly start after his heroic display against Villa but Willock would be an excellent alternative.

Arsenal would still need some creativity and drive in midfield so I’d go with Ceballos in a midfield trio. With Torreira and Guendouzi supporting the Spaniard, I think that’s a really well balanced midfield but we all know Xhaka is going to start!

Lacazette remains out with an ankle injury so obviously Aubameyang will start up front. The Gabon hitman saved us once again with the winner against Villa so let’s hope his sensational goal-scoring form continues tomorrow.

Pepe got his first Arsenal goal with a penalty last weekend but he’s still struggling to really make an impression on games. He’s showing flashes of quality but really needs a stand-out performance to boost his confidence. Let’s hope it comes against Man Utd.

Ozil started in the League Cup and played pretty well but I wouldn’t select him tomorrow. This is a huge game that will require 100% from every player and I’m not sure we can rely on Ozil to put-in that sort of display away from home.

YOU MAY ALSO LIKE – A fan squeezed my butt in Australia – Nollywood Actress.

We could move Ceballos out wide or give Nelson another start. He could be confident after getting on the scoresheet in midweek. Martinelli is another option after his brace against Forest but I hope Emery gives Saka another chance. The kid is special and is our best option at left wing right now.

This is the starting eleven I hope we’ll see from Arsenal: 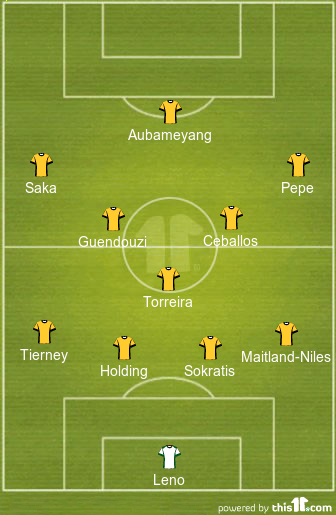